I'm not a very good blogger.  As much as I enjoy it, sometimes it starts to feel like just another thing to do. I don't like that. So, I'm back for now, and only when it's fun, and only when I want to. So what have I been doing over the last year or so? Pretty much the same stuff that I was doing before. Interesting right? I am still a full time student. The only change with school is I now attend the University of New Mexico.  I'm a senior, but the way the credit system is at UNM, I'll be a senior through 2014.

I saw the ocean for the first time ever last year.

So did my boys. They flew for the first time too. It was pretty awesome!

Some of you may wonder how one can go 34 years without ever seeing the ocean, and the answer is simple, I am poor and the closest ocean is 800 miles away.
We went to San Diego, and we're hoping we can make it again.

In June we went to Galveston for a family reunion.

I went from never seeing having seen the ocean, to twice in one year! Pretty exciting.  Galveston was not near as pretty as San Diego, but the water was really warm and the kids loved playing in the Gulf.  Galveston is nearly a thousand miles away from Albuquerque. We Drove... With 3 boys (we took my nephew) crammed in the backseat of my moms Prius. She loaned it to us. We drove for 18 hours one way, and that car only needed a fill-up twice. That's four tanks of gas for nearly 2000 miles!

My Grandma is still living with us. Her dementia has gotten quite a bit worse, but otherwise her health is surprisingly good, for a former drinker, smoker, and serious eater. She attends a center twice a week and loves it.  She didn't at first. She even tried to fake sick, but now she doesn't want to miss a day. I think she would love to go more, but the center doesn't have space to fit her in right now... I think we have to wait for someone to die or something. Seriously... I think that might be the cases.

I had closed my etsy shop for a while so I could focus on school. It's open now, but there's not much new stuff. It's one of those things where you have to sell your old stuff so you can make new stuff. I really don't hold out a lot of hope for it. I don't re-post for views. I don't advertise. I just let it sit. I'll give it a few months,  and try to decide if I really want to continue. If not, then I've got some jewelry I can keep for myself, and that's okay too.


Posted by IfiHadaHammer at 2:09 PM 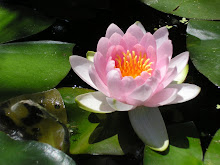